I read an article the other day (I really should bookmark them as I can’t find it now!) that was about a new Stephen King book due out. It’s a collection of short stories – nothing unusual there. The difference is that he is putting a substantial introduction to each one, about where he was in his life when he wrote them and the thought process that went into writing them.

Now I am not a big Stephen King fan – I don’t really enjoy horror – ghost stories yes but horror’s not my thing. However – his “On Writing” is one of the best books on the subject I have ever read, both entertaining and insightful. It is just as much an autobiography as a book about the art. So I am excited about this one!

And it got me thinking – I thought I would share a bit of my own thought process – how my mind works (sometimes). And perhaps hear from some of you how you go about the business.

So as an example. A friend of mine has just fulfilled one of her dreams and been on an epic sea journey on a tall ship. I was writing her a welcome home message when the a line popped into my head.

“Seafarer wandering over the waves.”

It sounded really good to me – so now its going around in my head – a poem coalescing around it, snippets of lines and images coming together. It will probably bounce around in there for a while until it comes together.

While thinking about it though something else is coming through. A character – this vague woman who is wandering the sea – for some reason, maybe seeking something, maybe running from something – I don’t know yet. There’s not even a story there yet – that one will bounce around in my head event longer.

One of my favourite authors Stephen R Donaldson said that he likes to get two unrelated ideas and smash them together to see where it goes. Maybe I will do that. I have another idea – more fully formed though still with a long way to go. It is about the rise of a political tyrant. Now those two ideas do seem completely unrelated – and I wonder what would grow by trying to put them together – something surprising I think.

I will let them ferment some more – their time hasn’t come yet.

So what about you? How do the seeds of your works begin?

This is another reason I have been quiet on the blog for a while! Book number two has arrived! 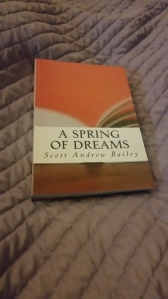 This one is not a novel but a collection of poems. All the poems I wrote for my year-long Poem a Day Challenge.

So more proofreading and then pressing the button to make it available both on Kindle and Paperback.

It all part of a larger plan – so watch out for more soon.

Just been informed that there is an exciting package waiting for me at home! Can’t wait!!!

We had a lovely relaxing time this weekend. Saturday was courtesy of one of Alexander’s school friends birthday party held at a local farm attraction – which included a playground and a miniature train. Perfect! We could sit back and let them have fun.

Sunday was a combination of a walk along the coast and the local Transport festival and fun fair! 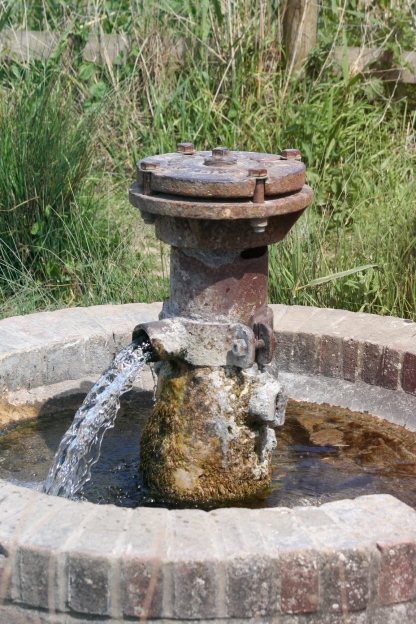 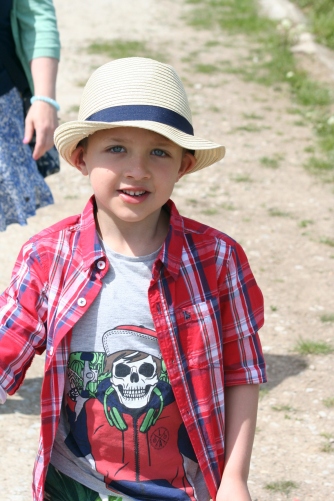 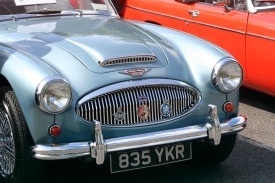 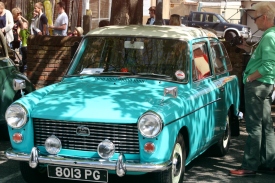 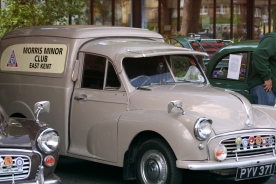 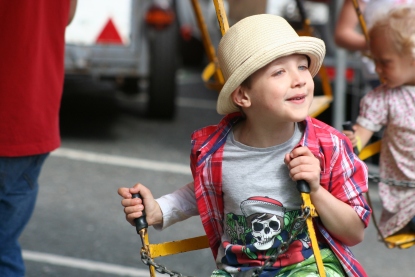 So as part of my imminent relaunch of my novel I have updated the blurb – I would appreciate any thoughts or suggestions. I get quite a few clicks on the Amazon link but not many sales. As it stands the blurb is fairly sparse so this new one tries to address that without getting too big.

What do you think? Would you read it on the basis of this blurb?

Trapped. In a world where everything is measured and controlled, where league tables rule supreme, Marc lives a weary existence. Until one day he breaks down – and breaks through the walls of society.

Four people, four rebels. Four journeys that lead them through self-doubt and self discovery. Their journey draws them into a  dangerous world of population control and drugs, of genetic engineering and animal warfare, of presidential assassination and fugitives.

Ultimately their paths converge on the road to revolution and the discovery of an ancient secret.

First of all – many thanks for all the birthday wishes – this is for my friends and family reading this via Facebook. I haven’t had the time to respond. It has been a very very stressful week at work with all kinds of stuff going on from resignations to shareholder meetings to urgent product development and website updates. I have been totally snowed under and stressed out so have neglected everything else in life. On top of that I have had the heaviest head cold ever!

So now taking a deep breath – before it all begins again.

I have to thank my lovely wife too – for putting up with me during these periods. I have been grumpy to say the least.

The other person I have to thank is my eldest son as he has indirectly kept my spirits buoyed. Lately he had really got into Minecraft. and he watched YouTube videos of other people playing them and other games even more. He stumbled on one of a skating game where the people playing were not actually very good and it ended up being more about how much carnage they could cause by falling off.

While I was stressed out working from home in the evenings while dealing with a number of issues and pressures – it was a magical lift to the spirits to hear him in the background laughing his head off at their antics. Real belly laughs. There’s no better tonic.

So this weekend, I will try an relax and get back to some writing!

Having finished National Poetry Writing Month and it being a bank holiday weekend I decided to take a few days off from blogging. And boy does it show. Stats have dropped to zilch, nada, a big fat zero.

But hey – it’s not about the stats – however much I obsess over them. Honest. I am doing this to try to stretch my writing muscles, build my confidence and build a join a community of friendly like-minded people. I have certainly done that.

But I am not taking on any more daily challenges. I will still try to post but on a less regular frequency now. And it will be more of a mix of writing and journal entries hopefully.

I am going to spend some more time on the relaunch of my book and the launch of my second (very different) one. So watch this space.

But talking of journalling  and the bank holiday weekend.

We took the opportunity to get out and about this weekend. We left chores and work and all other plans to one side and had some quality family time. It had to be done on a tight budget but we had a good time. We spent one day in a park, trying to find and photograph as many wild birds and flowers as we could. Didn’t really see many wild birds. Saw quite a few flowers (have no idea what any of them are) and on the trip back we also saw a mangy looking fox roaming the town in broad daylight! The park also had a play ground with a giant slide and a secret tunnel. They boys were in their element – as well as many fallen branches and sticks as could be carried.

Our eldest is obsessed with Minecraft at the moment and decided he was going to collect enough wood to make himself a real life crafting table.

The next day we managed to fond cheap tickets to go and see Home – which I can really recommend for younger kids. They loved it. We then spent the rest of the day down the sea front. The day after was also spent at a fair by the sea.

So it’s been an outside in the sun and wind weekend, and I think it has done us good.

Here’s a few shots from the weekend. 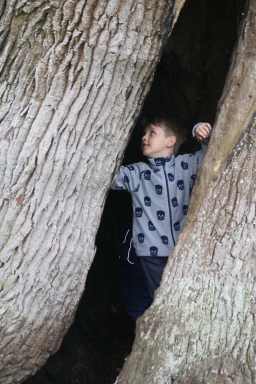 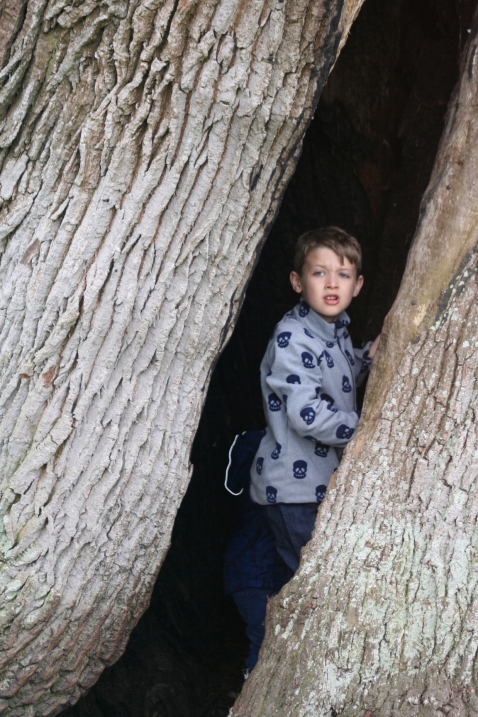 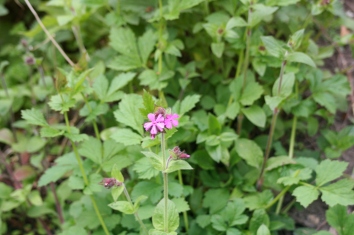 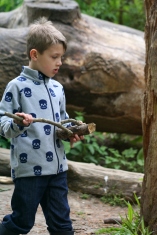 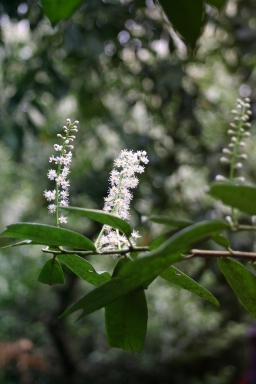 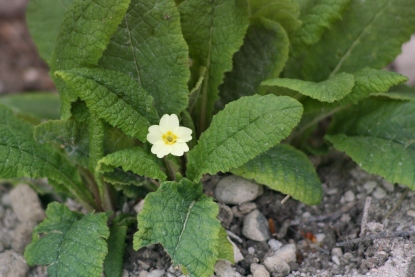 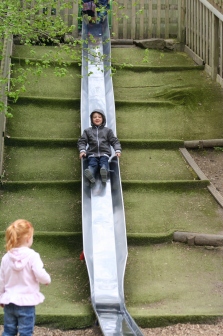 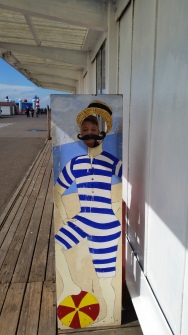 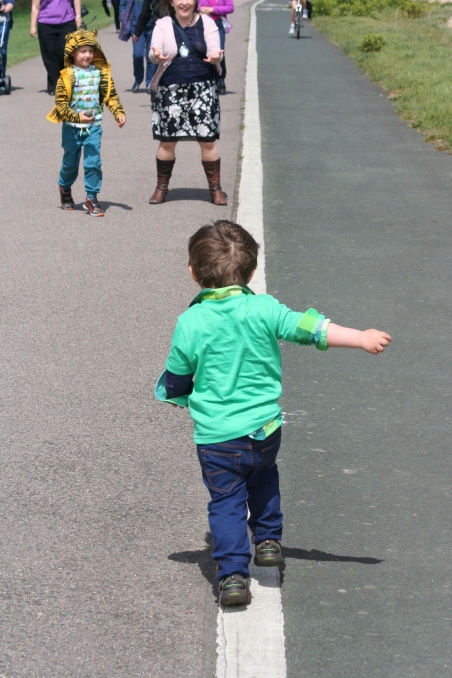