In response to the daily prompt Foggy

Humanity reduced to a bottom line. 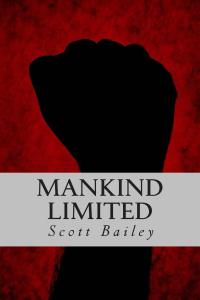 Trapped. In a world where everything is measured and control pervades every area of life, four people begin to break down. Instead, they break through the walls of deceit and propaganda and into a world of revolution.

Each, in their way, vow to overthrow the established order. They embark on a journey against the forces arraigned against them, forces of state and self-doubt.

Ultimately their paths converge on a dangerous road and the discovery of an ancient secret.

One one level this is a story about how different people react the ever growing and relentless pressure of everyday oppression. It explores their journeys as they are broken and rebuilt and investigates their modes and motivations for rebelling.

At another level it is a critique on the darker side of capitalism and free markets and how that has driven us further and further away from the evolutionary advantage that gave us supremacy in the first place. It questions whether the human race has doomed itself or whether we still have the capacity to wrench ourselves from the track we have so tightly committed our society upon.

Now also available at Smashwords, IBooks, Barnes and Noble, Kobo and many other reputable outlets.