In response to the daily prompt Inchoate 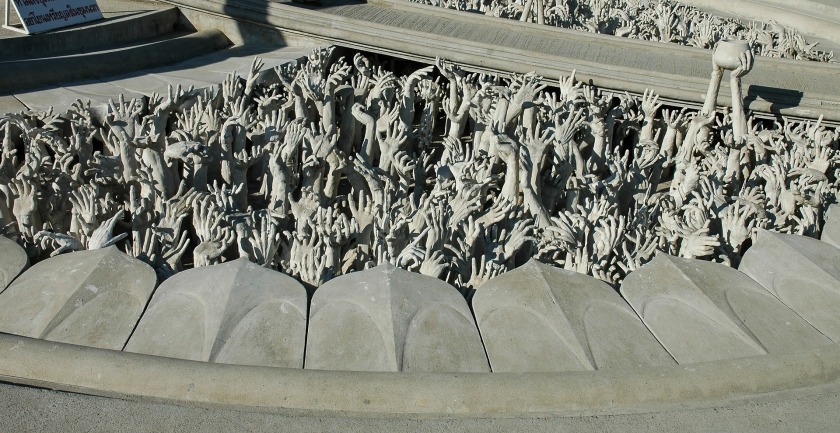 In response to the daily prompt Haul

Again, I missed last weeks and this week has been so busy I almost missed this too! However this week has been a good kind of busy as I have been on Holiday with the wife and kids. Lots of days out adventuring and my eldest’s birthday party right at the end!

So this is this weeks photo from Sue.

Unusually for me – this immediately suggested some prose to me, rather than poetry. In fact, the following scene arrived almost fully formed in my mind. It’s not part of anything I am working on or thinking about – it’s completely new to me – as fresh as is it to anyone else who reads it. I am not sure what it’s about or where it’s going? I am quite excited to find out myself!

That might take a while though. I think it will need some time to ferment – or maybe not – maybe I should just get on with it – not knowing where it’s going. Not my usual approach but hey – maybe it will work.

Anyway – here it is.

He stood in the mouth of the cave and breathed in the sweet morning air. He was right on the junction of the entrance – he could feel the cold air behind him, the warm before.

It was a natural balance he appreciated.

The cave had been a good find. It was warm at night and inaccessible to larger animals. Not too difficult to get to for him – but a challenge.

The warmth was important, he could no longer risk fires. Not for a while anyway. Maybe he could work something out eventually – how would probably need to before winter arrived.

If he survived that long.

He shook himself, discarding that line of thought. He had survived this long. This latest setback was just another challenge.

It was a rather large one though.

He felt the wood of his spear shaft starting to warm in the morning sun. It’s smoothness satisfied him as he ran his fingers along it. Hours of care had been worth it. He reached the tip and checked the sharpness of the flint head carefully. It was still good. He had a stash of spares in the cave ready.

He squatted down and run his fingers over the fine gravel that was scattered on the small ledge before the mouth of the cave. He brought it to his nose. It felt and smelt freshly wet – more than dew – there must have been a light rain overnight, that would account for the freshness of the air. That would make the path down from the cave more dangerous, but it should also bring out more game.

He stood, cocked his head and listened intently in the darkness. He could hear many birds circling and far below, many beasts on the plain. Yes, hunting would be good today. Challenging – but the opportunity was there.

Another sound caught his attention and a scent, faint but unmistakable.

He shifted his stance, dropped into defensive readiness and waited.

This would be the first real challenge he had faced since he had lost his sight two days ago.

He was determined it would not be his last.