Another bit of short fiction – another continuation of The Dark – and Footsteps, and The Discovery

The water leapt into the air, droplets glinting in the sunlight.

The man watched – was it magic he saw shining there? Was it the blessing he sought?

The water settled quickly and somewhat disappointingly. Through the shimmering ripples, he could see his heavy chain shifting, sinking slowly into the mud.

He sighed. He would miss it. It had been in his family for many generations. It has served them all well.

He had not wanted to part with it.

But he was desperate and the gods needed an offering.

So he had cast it into the holy pool.

He would miss it, but he had nothing else to offer.

Maybe, just maybe the fact that it meant so much to him, that this was a real sacrifice, would be enough.

He watched as the water became calm once more. Ruffled only by the breeze and the slow current of the stream that fed it. Waiting for a sign.

He looked up at the druid. The man studied the pool for a few minutes more than shook his head.

Nothing! What a damned waste. He started to turn away in disgust. As he did something glinted. A flash from deep in the pool, in the heart of the coils made by his sunken chain.

There was something there!

He glanced up at the druid for guidance. This was a holy pool, here offering were made – not given back.

But the druid seemed as surprised as he, and excited. He motioned towards the pool.

That was enough, he stepped into the water, thrust his arms between the chain coils and gently cleared away the mud.

It was soon very clear what he had found. It was a sword, not broken, so not an offering that had been cast here. It was whole and as he lifted it from the water it shone. It was clean and undamaged. It might have only been placed here yesterday.

It was of a strange colour. A golden hilt and pommel, but the blade was reddish gold. Like nothing he had ever seen.

He passed it to the druid who wiped it dry on his robe and studied the blade for a long while.

“The gods have given. This gift is for you. You have been answered.”

“Answered? How?” he replied. How would a sword help him? He knew nothing of fighting – he was not a warrior.

“That will be revealed in time,” muttered the druid. “Maybe they will come to guide you.”

He pointed to the engraving on the blade.

There, he could see two figures. A woman and a man. A man with no eyes.

The cur
Concurred
That his fur was fine
The Dragon
Entwined, sublime
Around the dog
Agreed
As he preened
Sat on the mat.
The rat
Sneered as he neared
A disagreed
With the lead of the cur
While the rooster sided with the worm
His belief in showmanship firm
White he strutted
The tiger tutted
And purred,
Anticipating
Waiting
His chance
The rabbit
Twitched and hopped
Unsure who
To believe
Whether to leave
Or watch
While the snake
Curled around
The ground
Sniffing out
The way ahead
The monkey
Puzzled
And guzzled his beer
Coming near
Without seeing
While the swine
Less divine
Fed
Its stomach, not its head
And the bull
Forged on
Sure and strong
One way forward
The stallion danced
And when they glanced
Gave a show
While the goat’s
Step
Slow and sure
Kept time
And amidst them all
Nothing
That had a clue

In response to the daily prompt Cur

Another difficult one today – so this is just a bit of nonsense.

Imagine
Me
I kill without discrimination
for race, for age, for sex or sexuality
I take saints and sinners
I take your loved ones
in return
I deal you pain
without explanation
when asked
the answer is
that you cannot hope to understand me
As a man
you would lock me up
revile me
or label me insane
But I am divine
So that’s OK then

Originally published in A Spring of Dreams

Slip away for a few hours, into other worlds – away from all the troubles of this one.

Perhaps into the future – a near future – dark and disturbing and yet – so close. There follow the fates of four people worn down and broken – or angry with the system. Who break out of it and try to break it. Who question why they did and falter in their resolve only to be thrown back into the fray to discover the truth within themselves. A tale that questions rebellion and its motivations while railing at the oppression around us. Try it. 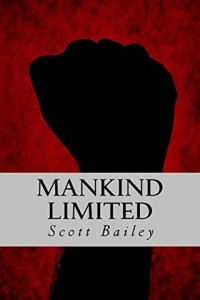 Or if not the future – the other worlds – supernatural ones – that impinge onto ours from – where? Some other dimension? The afterlife? Our own minds?

Where ever they come from – try these Thirteen Tales of the Ghostly variety. 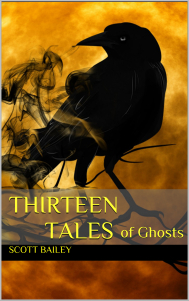 Or forget them all and take a moment each day  – to read a little poetry and think. Three hundred and sixty-five poems in all shapes and sizes sprung from dreams and emotion. Published day after day for a year. There are haiku, sonnets, katauta, lanturnes and many other forms – including free form. The moods are as varied as the forms and often reflect my mood on the day. There is sadness and grief, joy and love.

A Spring of Dreams 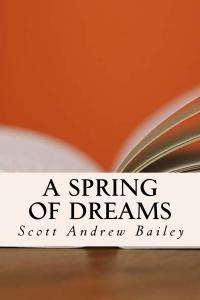