As the rumour mill start to grind again, I will simply repeat my observation that Peter Dinkalge should be the new Doctor Who.

Maybe someone out there connected to casting my see it? Maybe it will get passed on to the right people? Maybe it might come true. 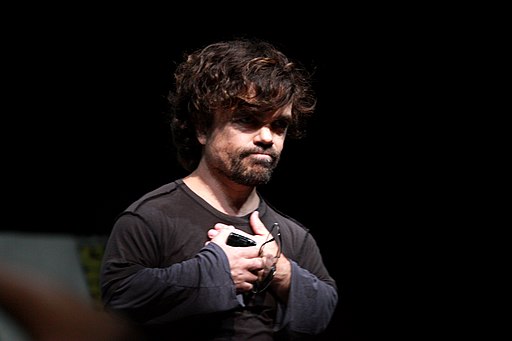 And there have been some interesting rumours about what is to come. More on this in a bit. While thinking about all this though I came to a sudden realisation.  There has been a subtle decline in the series lately. Or maybe it was not so subtle and I was just blind to it. Who knows?

The decline I mean is that some of the gravitas of the Doctor has been replaced by humour. There is an excellent example of this with the Daleks. In the last episode we see the Doctor accidentally dropped into a Dalek ship whilst carrying a part of one he has obviously previously defeated.  He makes a quip and a quick getaway. Returns to chide his cyber man pet and then appears to disregard the fact their is a Dalek ship there!

Think way back to Dalek – when Christopher Ecclestone’s Doctor encounters a lone Dalek. A captive and helpless Dalek. His reaction is not humour or running away. It is fear. Utter fear and dread, And by this time we had to realise that despite appearances the Doctor was a formidable opponent to cross. Therefore anything that scares him must he worth fearing.

More than anything else it was that reaction and the superb way it was acted that made the Daleks scary again.

Now, by the Moffat/Smith era they are nothing more than the foil of some throwaway jokes. They are not scary anymore, making the whole concept of the time war etc. a lot less horrific in the process.

So where does that leave us?

One of the rumours I have heard is that the next series will have less humour and be darker. But how  many times have we heard that? Still I remain optimistic that Peter Capaldi can bring the right gravitas to actually achieve this.

Which brings me to the other rumour doing the rounds.  The Master will be making a return this season. And it won’t be John Sim playing him. In fact they want a heavyweight Hollywood actor.

This is more promising.

It gets better! Top of the wanted list (and in rumoured to have already been cast) is Charles Dance!

Now that is a prospect to salivate over. Dance’s Master up against Capaldi’s Doctor.

And to top it all it would tie in beautifully with my own personal master plan i. e. to get Peter Dinklage as the 13th Doctor!

I have just finished season two of Game and Thrones and I want to talk about one actor in particular – don’t worry no spoilers!

In a series packed with good writing, good directing, and good performances his is, for me, the stand-out performance of the show.

One of his early roles was in “Living in Oblivion” where he played a dwarf actor frustrated with the limited and two-dimensional roles he kept being offered. A feeling he must have been all too familiar with.

So the role of Tyrion Lannister must have been a godsend. A role to get your teeth into.

Even so  – it still could easily have come off like a pantomime role. Another, lesser actor, could have said all the same lines in the same situations and it would have been a comedy part with no depth.

Not so with Peter Dinklage. He has given the character real depth and humanity. You can see the fierce intelligence battling with his humour and situation. His basically good morals fighting with his lusts and passions. His expressions and eyes do most of the work.

There is a scene where he is trying to win an important argument. His opponent says –

“Oh you think you are so clever with your scheme and plots!”

In a look that lasts only a millisecond or two you see him fighting with his urge to correct her. Don’t get distracted – you can almost hear his mind screaming, stick to the point. He fails.

“Schemes and plots are the same thing.”

He quickly moves on to his point.

Anyway – while I was contemplating all this a sudden thought struck me.  Maybe it is  almost sacrilegious to think about this seeing as the current incumbent has not even started yet (and I am excited about that too) but when he inevitably hangs up his coat how about this?

Peter Dinklage – as Doctor Who!